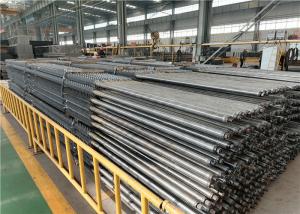 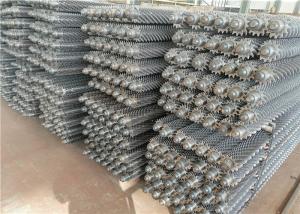 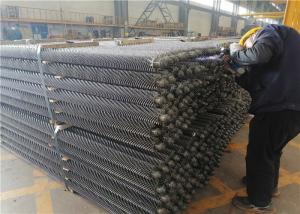 High-frequency resistance welding spiral fin tube is in be weldment import high power high frequency current, by using the current welding joint contact area and adjacent area to produce the resistance of the hot melt welding contact surface to melt or half of the plastic state, and then give the appropriate pressure welding contact surface, thus complete finned tube welding work. 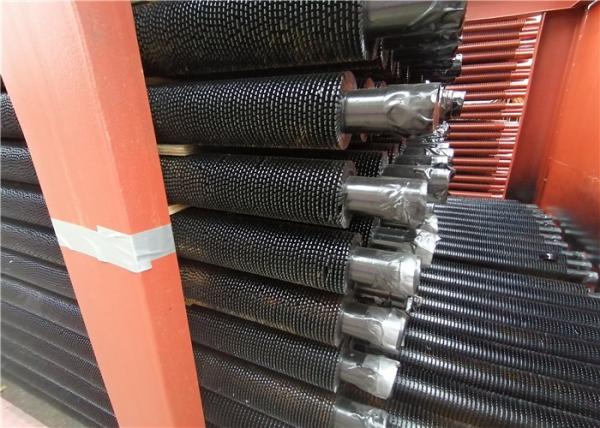 The wear is mainly due to the impact and cutting effect of gray particles on the pipe. The wear is the most severe around the pipe at a level of 30 degrees. When S1/d=S2/d=2, the wear amount here is 3 times of the average value.

A gap of 4-10 is left in the middle of the h-type fin, which can guide the air flow to sweep the pipe fin to accumulate dust.

As the spiral Angle of the fin guides the flow direction, the ash accumulation of the fin tube is more serious, and the economizer which does not form loose ash cannot be used.Field operation shows that the h-shaped fin tube does not accumulate ash, while the spiral fin is seriously.

The longitudinal fin tube is formed by the flow of air along the fin as the fin is welded on the surface and back of the accumulated ash.Some areas are prone to dust accumulation.

The h-shaped fin, which forms a straight channel on both sides, has the best blowing effect.

The pipe set is much compact and reduces the height of tail smoke well.

The total weight is greatly reduced and the load of the suspension system is reduced.

Reduce the operating and investment cost of induced fan.

Thank you! Your message has been sent to the following suppliers.